The Handbells and Arrangements

The handbells have been part of the Chapter House Choir’s Carols by Candelight concerts since the first concert by the choir over fifty years ago.  The original concerts used Andrew Carter’s four octave set of handbells by Shaws of Bradford. Since then, the Chapter House Choir has been gradually building up a set of fine Whitechapel handbells.  We are thrilled that some very generous donations in 2018 and 2019 enabled us to order the last few bells needed to complete the three chromatic octaves. 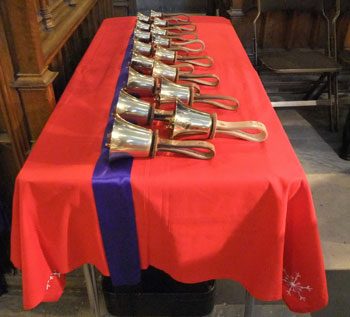 We are also most fortunate to have an extensive library of handbell arrangements, all especially composed for the choir and the vibrant acoustic of the Chapter House of York Minster. The carol arrangements reflect the growing numbers of bells, with early arrangements written for fewer bells.

Away in a Manger - arranged by John Hastie

Most of our arrangers have close connections with the choir!

Christmas 2017, in the Milton Rooms, Malton

The handbell ringers are drawn from the Chapter House Choir.  Occasionally a former member of the choir might be invited back to join the handbell team.  Several members of the team can ring ‘four-in-hand’, where a ringer holds four bells – two in each hand. Rehearsals usually take place after the main choir rehearsals in the run up to the Christmas Carols by Candlelight concerts. Very occasionally, the handbell ringers take part in other concerts or events, such as the Vespers for St Hildegard by Stevie Wishart. This was part of the York Early Music Festival in July 2013 and took place in York Minster. 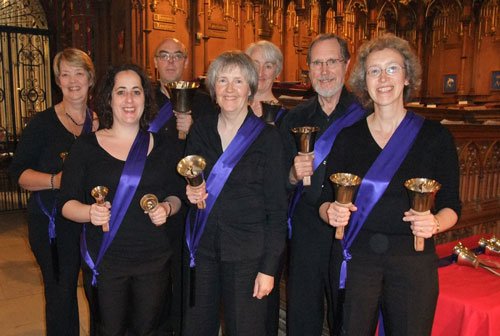 Preparing for the performance of Vespers for St Hildegard by Stevie Wishart, July 2013 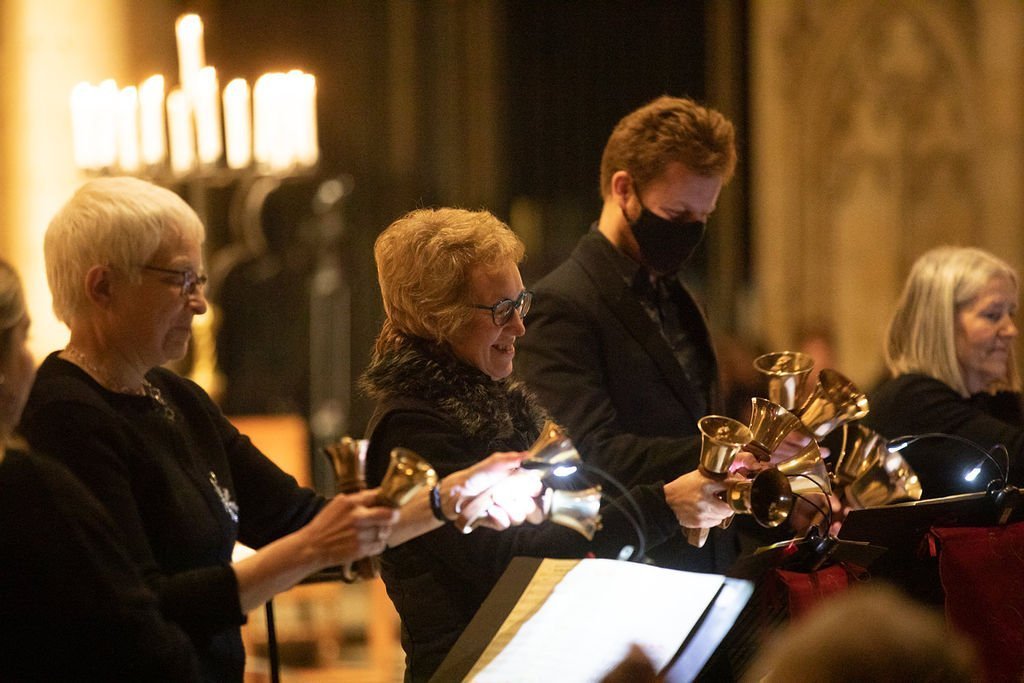 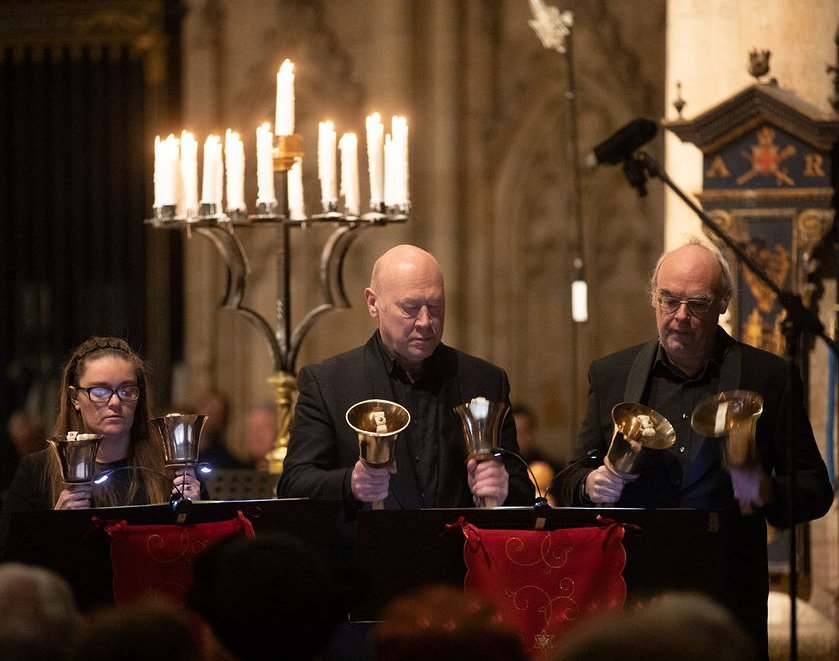 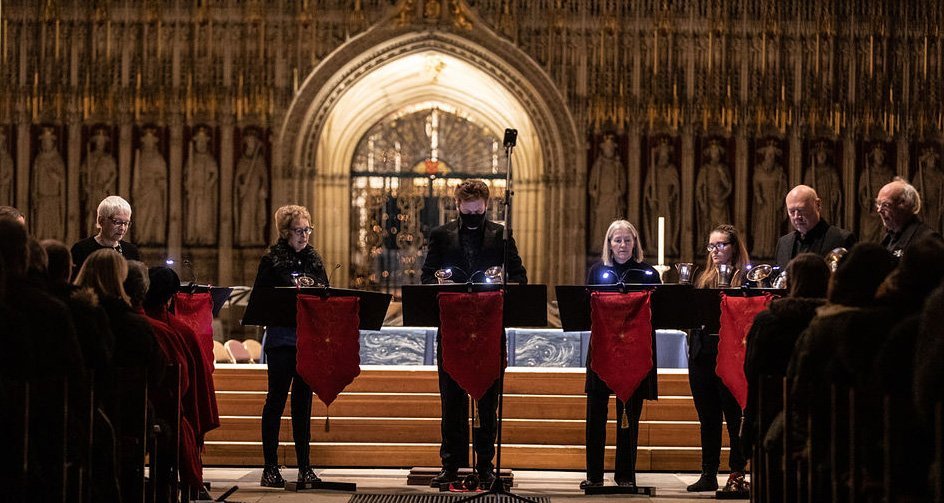